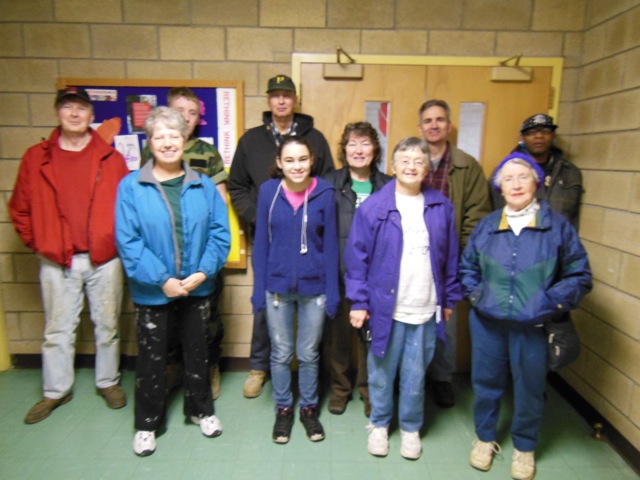 Work teams from FUMC have helped with the clean-up in the aftermath of Hurricane Irene in neighboring counties.  This has been an ongoing effort for more than a year.

First UMC participates in many Volunteer In MIssion Trips.  Peter and Jan Huston have provided leadership on many of these trips.
FUMC has an ongoing relationship with CEPAD, an ecumenical organization in Nicaragua.  We also have a covenant relationship with Belinda Forbes, DDS, a United Methodist missionary who works with a Christian Medical Agency in Nicaragua.
Our volunteers in Mission teams have done health care, construction, education, and relationship building with people of Nicaragua and other countries, including Mozambique and Brazil. Teams have also worked on disaster recovery in New York state, Missouri, North Carolina, Texas and other areas.

FUMC has many local ministries including its free community breakfast and soap ministry.  Volunteers assist at City Mission, the Home Furnishings Program, the Schenectady Inner City Ministry, the Union College Campus Ministry, and many other areas in the city.
Free community breakfast occurs every Sunday morning at 8:30 except for the first Sunday of every month.  Generally between 125 and 250 people are in attendance for this meal which may be the only hot meal some people have that day. Twice a month, FUMC has a “Soap and Toilet Paper” distribution. These items are not able to be purchased with food stamps and are necessities. Diapers are also distributed at this time for families with infants and young children. This is one of the main concerns of low-income families.
A ministry of caring is provided by members who make prayer/comfort shawls and infant hats. Recently some of the shawls were sent to the FUMC Waco, Texas who distributed them to residents of the Nursing Home who had been displaced because of fire.

A new group has been formed for folks who enjoy various kinds of knitting, crocheting and stitchery to provide hats for the homeless and other needed articles for infants.